If you are a large company, you can afford a floor of lawyers who will work round the clock for you. But how does someone living paycheck to paycheck hire a lawyer, especially if they've been injured and are unable to work? They can often barely afford to pay for food and housing. Who will represent them? Not the public defender; they only represent individuals accused of crimes, not people seeking compensation for injuries. Who then?

The Purpose of a Contingency Fee Agreement

Over the years, a system has developed so that the littlest of little guys can get top flight representation. This system is called a "contingency fee" agreement. Basically, the lawyer isn't paid up front; he or she isn't even paid in the middle. The lawyer only gets paid when he/she has produced a result, usually a sum of money that was obtained on behalf of the client. The attorney's fee is "contingent" on winning and that almost always comes after most of the work is completed. At the very end of the case, the lawyer and the plaintiff's will divide the money according to the agreed upon percentage.

What is the Average Contingency Fee Agreement?

Rates are obviously negotiable (and I offer better rates than those--email me and I will send a copy of my free agreement), but the principle is the same: no success, no fee. If the lawyer isn't successful, there's nothing to divide. The lawyer walks away with his tail between his legs, and the client get nothing, which is why smart lawyers screen their cases carefully, take only those they believe will win. But the division is never as simple as that because of two other factors: case costs and liens.

Case costs are expenses incurred to develop the case. This includes both pre-filing costs and cost that incurre after filing.

Experts can run into tens of thousands of dollars. They are typically delayed until just before the case goes to trial because they are so expensive, but some very good firms bring their experts in early to help them develop the case. The point is, how are these costs allocated? The answer depends on the contract you sign. Some attorneys take the costs off the top and then divide the fee. Some take their fee, and take the costs out of the clients share. I have seen good firms do it both ways.

Schedule an appointment with our attorney to discuss your contingency fee agreement!

However you allocate costs, after you pay the various fees and your attorney, does the rest of the money go into your pocket? Again it depends. Some people incur liens on their case. Ambulance bills and emergency room care are the standard automatic liens. They have liens by statute so they can be guaranteed payment if there is a settlement. Their liens are often "automatic." Some, not all, will reduce the amount they are re-paid by the amount of the attorney's fees, but it's complicated and depends on the type of lien.

Like a second mortgage on a house, it must be paid off before the house can be sold. The attorney doesn't have a choice about it because defendants will put the name of the lien holder on the check before they disburse any money. The smarter attorneys will resolve this before checks are written and negotiate the amount and then have the carrier issues separate checks.

There are also liens which are not automatic, but that the lawyer and client agree to. If the client has no means to pay for medical care, they will often offer the doctor a lien if they can get the treatment. Like the lawyer, the doctor is again waiting to get paid until the case is over. The doctor is taking a big gamble, but without such agreements, many people would never get care.

What if Your Lawyer Loses Your Claim? 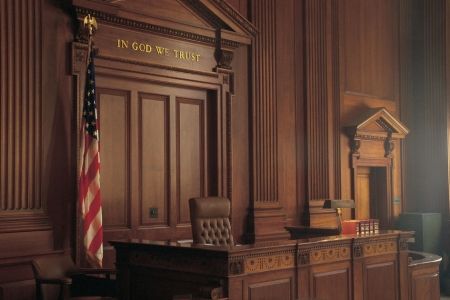 Does that mean that the client never has anything to pay? No. When a lawyer says "you'll never have to pay anything...", what they really mean is that you'll never have to pay anything to that lawyer unless they are successful. But, if the case goes the whole distance, all the way to a trial, and the lawyer loses, the defendant will be entitled to recover their costs. There are legal mechanisms called statutory offers to settle if the defendant is willing.

What if the Jury Offeres Less Than the Offer?

What happens if the jury comes back with less than the defendant has offered pursuant to these special codes sections (CCP 998)? Then the plaintiff has to pay the defendants costs. In even a small case, it's very easy to spend ten thousand dollars in costs. In the worst case scenario, the plaintiff is stuck with paying those costs.

This is why an attorney's ability to win is so important. The next time a firm tells you how many times they've won, stop them and ask, "How many times have you lost?"

Contact the Fetto Law Group today to discuss how we can help provide you financial security!