I tell people, only partly in jest, that if insurance companies were fair with people, personal injury lawyers would be out of business. Instead, they insult, pressure, and often belittle the people their insureds have injured, trying to get them to settle their case cheaply and quickly?

Why? It's their job.

It's Simply How Insurance Works

Their obligation is to their shareholders, not to the people filing claims, though they probably don't think of it that way. Each adjuster has a supervisor who is virtually standing over their shoulder making sure they offer as little as possible. The less they pay for the claims filed, the more thorough their advertising targets the victims, trying to paint the picture that all claims are frivolous, driven by greedy lawyers.

The opposite is true. To bring a lawsuit and stand up against the attacks of insurance company defense attorneys takes money, stamina, and a great deal of time. Litigation is long and life is short, and many people who are injured prefer not to spend the two to three years it takes to get to trial, only to be ridiculed by a defense attorney and their hired experts who are little more than advocates with educational degrees.

I remember one talented plaintiff counsel pointing at the bank of paid experts brought in the insurance counsel and saying, "More degrees than a thermometer!" Money will buy that. To equalize plaintiff attorneys have to scrutinize their own case like a defense attorney, prune away any parts that can't be supported by evidence and hope the jury will see through the misdirection and confusion ginned up by defense counsel.

The Truth About How Insurance Companies Handle Claims

Insurance companies don't look at the individual involved in the accident. Even though the law requires that the defendant take their victim as they find them, they ignore the law. Instead they use computer modeling programs to see how long the "average" person is injured, or how much the "average" payment is on a claim like yours. They treat a 90 year the same as a 20 year old, even though any doctor can tell you that a 20 year old has more fluid in their joints which act like shock absorbers in an accident. The 90 year old is taking the same hit, but without the same protection.

Some insurance companies routinely deny small claims because they know plaintiff's attorney either can't afford or don't want to waste their time prosecuting them. They just turn them down, making ridiculous offers, and frankly they don't care if they lose because they know they won't lose much and will gain more by intimidating the plaintiff. 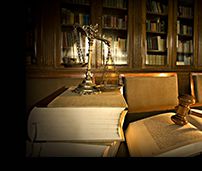 Why such a system? Some blame our English heritage and the ancient trial by combat.

Two champions were selected by grieving parties and were required to charge at each other on horseback with iron tipped lances. Whomever was left sitting on their horse—and alive—was considered blessed by God. Their cause was just.

We've eliminated the horses and lances, and given the champions briefcases and laptops and laser pointers. Each advocated has an ethical duty to zealously advocate his client's cause. Fairness isn't in the play book. And we hope, just like our forefathers a thousand years ago, that the victor's case is just.

So when the other guys insurance adjuster calls to "just get the facts," he or she isn't trying to be fair or just. They're trying to collect information so that they can pay less. Always.

Before you agree to a settlement, contact our personal injury attorney to discuss your options in a FREE case evaluation. You have nothing to lose.