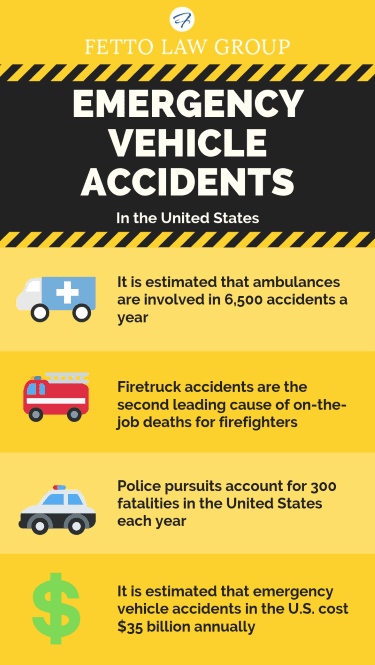 The Expense of Emergency Vehicle Accidents

Have you or a loved one been involved in an emergency vehicle accident? Did you or your loved one suffer a severe injury? We can help. Contact our Walnut Creek accident attorney to schedule your free consultation today.